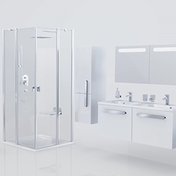 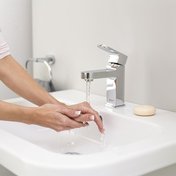 CR 012.00
Uncompromising quality, clear style and harmony with the Chrome concept. The designer spiced up the minimalist taps and the whole concept with oval shapes.