The new PURI water tap collection presented at Designblok in the autumn won its first international award – the iF Design Award. 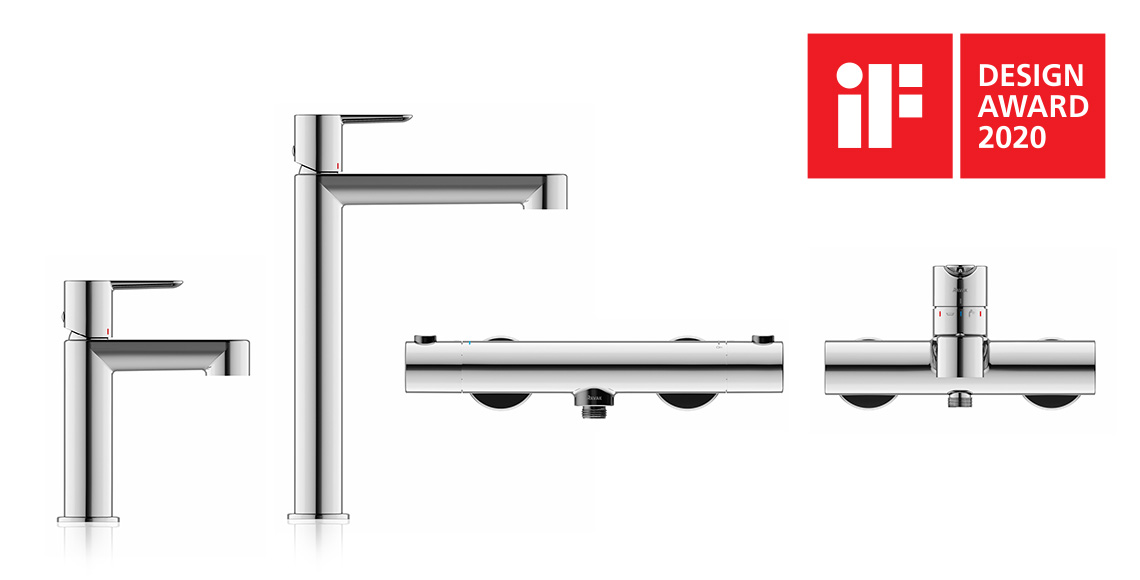 The defining element of this new range of water taps designed by Kryštof Nosál is the profile of a cylinder. “I am inspired by a style free of everything that is irrelevant. The connection of the cylinders that make up the tap’s body is very simple in order to emphasise the purity of the individual elements and create a minimalist whole,” explains Kryštof Nosál.

RAVAK’s set, which covers all the types of taps that are most commonly used in bathrooms (two types of washbasin taps, a thermostatic shower tap and a bath tap), includes a unique technical solution for bath taps. This has a special rotating cartridge inside with a bath/shower switch, so that the manufacturer was able to remove the visually disturbing switch from its usual location on the tap body. All tap operation is thus controlled by moving the lever to the right or left, as regards both temperature and use – right (shower) and left (bath).

“This simplified control is not only more user-friendly, but also more beautiful and completely unique on the market,” says the tap project manager, Jan Vágner.

RAVAK scored for the fourth time in the iF Design Award. The 10° bathroom concept was the first one to receive an award, in 2016, followed by the Moon washbasins in 2018, the Solo bathtub in 2019, and this year the new Puri water tap set.

For 67 years, the iF Design Award has been a European leader in design competitions while also being the oldest independent contest in the field. This year, the iF was evaluated by a panel of 70 experts from more than 20 countries in the Product, Packaging, Communication, Services, Architecture and Interior Design categories according to the criteria of the innovativeness and sophistication of the product and its uniqueness and design.