The design of the 10° shower wall-mounted taps is consistent with the entire bathroom concept, i.e. clean, straight and simple lines. Use of these taps is made more pleasant by the lever's exquisitely smooth operation and the body of the tap being pitched upwards by 10°, exactly in the spirit of the main idea of the concept.

The 150 mm gauge makes them a universal companion to every shower; a level of versatility which is confirmed by quality workmanship. The ceramic cartridge of the 10° taps has a diameter of 35 mm. Like all water taps made by RAVAK, the 10° range is covered by a five-year warranty. 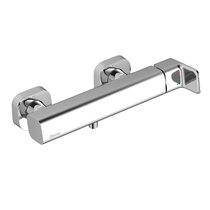 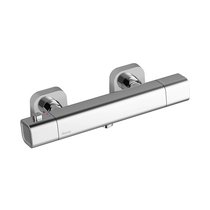 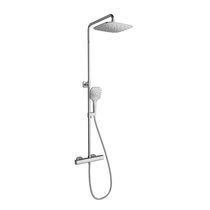