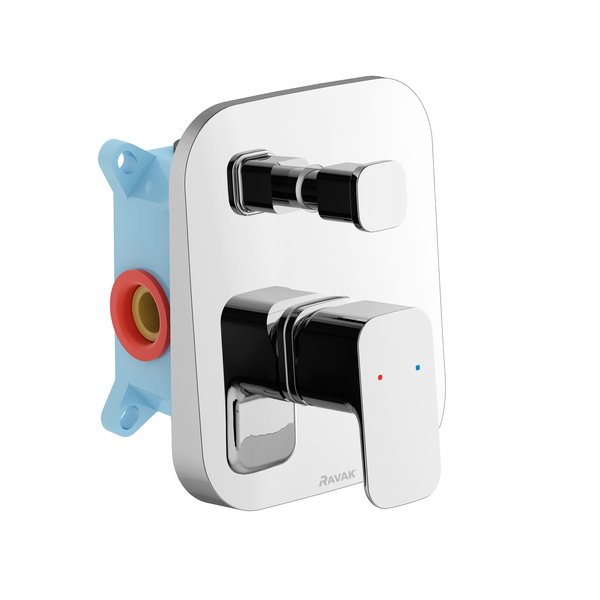 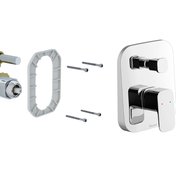 TD F 065.00
The mounting in the wall is slightly pitched at 10° towards the user. The control is thus even more comfortable, the design more obliging and your satisfaction greater. The tap is prepared for usage of an R-box, which significantly simplifies the work and improves result of the whole job. Newly also with control levers designed with a smooth surface.

The 10° Free built-in taps are available as bath and shower taps, optionally with or without a diverter depending on the specific conditions in the bathroom. The bath diverter is used to toggle between the overflow filling and showering. In shower enclosures, it switches between the fixed and the hand shower. The 10° Free series offers control levers designed with a smooth surface’.

The 10° Free built-in tap on the wall is mounted so that it is inclined toward the hand by 10°. The lever is comfortable to hold, without obstructing movement when showering and bathing.

To facilitate installation, we also offer the R-box universal installation system for the 10° Free built-in taps. Unlike traditional built-in taps, the R-box installation is much easier and should the top visible part need replacing, this can be done extremely simply. The water distribution can be guided through this plastic part without turning off the water mains.

To create a compact bathroom design, we recommend combining the 10° Free tap with the other 10° products and RAVAK accessories. We recommend using RAVAK Chrome Cleaner for cleaning external surfaces. The concealed body of the R-box RB 070.50 for wall-mounted taps is not supplied with the tap, it must be ordered separately. The R-box includes material for wall mounting, without connections for water supply or other water fittings. The R-box contains a working plastic cover of the tap's inner body housed in the R-box, which keeps the water supply system in the bathroom fully functional, even when the top part of the tap is removed. This plastic part allows you to bleed the water system without turning off the water supply.The top part of the R-box is marked with an arrow for correct alignment of the tap. 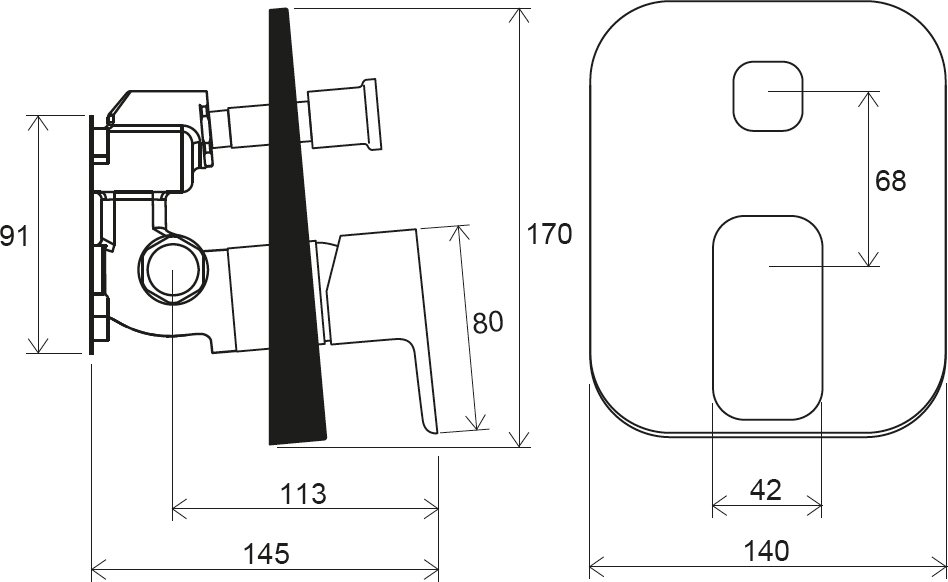